Last month, I had the privilege writing an article for Buddies magazine.  I chose to write about the  the ABS (Association Breast Surgeons) conference in Birmingham, UK. It was an excellent conference.  Unusually for a surgical conference, there was a session devoted to bullying in the workplace. 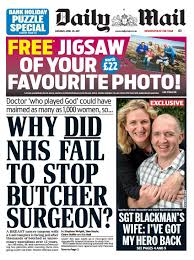 Ian Patterson was a surgeon working in the Midlands, UK.  He has recently been convicted for over-operating on women without breast cancer and doing unconventional operations on women with breast cancer. He has been sentenced to 20 years in prison.

The NHS (National Health Service) is very regulated: much more regulated than the health service in South Africa.  Although Mr Patterson was guilty of several misdemeanours, his offences fell into 4 categories:
1. He over-managed and over-operated on women: he exaggerated their risk of breast cancer and sent them for too many investigations.
2. He did an operation that he made up called a “cleavage sparing mastectomy” It is a mastectomy that results in a lot of breast tissue left after surgery which clearly results in a more “natural looking” breast as a lot of the “natural breast tissue” was left after the operation.
Doing Oncoplastic surgery is complex.  As the cancer surgeon, we have to sometimes accept that removing skin over the area of the cancer will leave a scar in a less acceptable place.  THE MOST IMPORTANT THING ABOUT BREAST CANCER SURGERY IS THE ADEQUATE MANAGEMENT OF THE CANCER. That should never be compromised for a more acceptable cosmetic outcome.
3. He did not follow protocols for diagnostic procedures. (Ideally all patients with breast cancer should be diagnosed without having surgery.  An operative biopsy should only be done if the diagnosis cannot be made preoperatively.)

Anyone who has breast cancer is discussed at a multi-disciplinary meeting attended by oncologists, surgeons, radiotherapists, pathologists, radiologists, psychologists, nurse practitioners etc.  These meeting are highly structured.  So how did Ian Patterson manage to treat so many women in an unconventional manner for so many years.

For many years, sexist or racist behaviour has been addressed in the workplace.  Bullying has been harder to define.  Harder to regulate.  A comment made by a colleague may be interpreted as bullying by one member of staff but not thought of as being offensive by another.  There has been a culture of telling people to toughen up. An impression that the “victim” of bullying is to blame rather than the person doing the bullying.

Ian Patterson was reported in 2003 to hospital management.  A report was commissioned.  He was investigated by a head and neck surgeon.  (Not a breast surgeon).  In 2007, he was reported again.  He was allowed to choose the panel who investigated him!  The whistle blower was noted to have “personal difficulties”.  Mr Patterson was asked to refrain from doing unconventional treatment but was allowed to continue practising. At the end of the day, it was his patients who brought charges against him.  He was found guilty and his work colleagues were criticised for not being more forceful in their objections to his management.

He has cost the NHS £17.4m so far. It is projected that it will cost £34m in total when all the claims have been settled. 1200 patients’ management have to be reviewed

How can we learn from this sorry story and prevent it happening to an individual?  Wherever possible, choose a surgeon who specialises in breast cancer management and regularly attends breast conferences and ensure the surgeon works in an MDT.