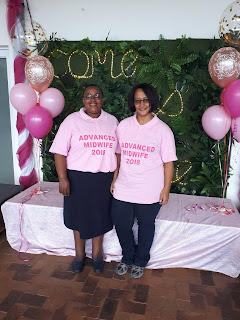 Last week Tuesday, I joined the advanced midwifery students of Stellenbosch University (SU) at the women's month breast education and examination project. It was held at the View Church in Tableview. The project was in collaboration with SU, View Church and SALT.

For the past few months, the midwives have attended lectures regarding breast health presented by Dr Edge. They have also been trained in clinical breast examination (CBE) and what to look out for when performing a CBE.

The morning started with a brief introductory talk by Dr Leanne Greeff and a song performance followed. The group then welcomed Dr Nomafrench Mbombo, the Western Cape Minister of Health, to the stage. She spoke about women's health in general and the importance of events like these to educate our communities. Dr Doreen KM M’Rithaa, the head of the Advanced Midwifery students, spoke next and she was followed by a breast cancer survivor giving a talk about her experience of the process of being diagnosed and treated for breast cancer.

I represented the Breast Course for Nurses and spoke during the next session about the signs and symptoms of breast cancer and also how to perform a breast self-examination and the importance of doing this every month. The talks were aimed at educating the community members about early detection of breast problems.


The midwives then each went to their assigned stations that they had set up to ensure privacy of the person being examined. The community members were offered a CBE by the midwives. Prior to having the CBE, the person's history was taken by members of the SALT group. I was there to assist with any queries or concerns the midwives had about the people they were examining.

Just over 150 members of the community received a CBE with +/- 12 people needing referral to the clinic. The doors stayed open until 16h30 when the last few people were seen and examined. 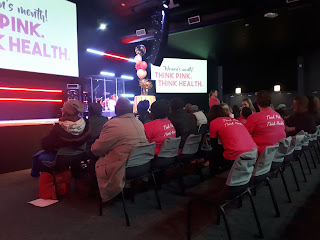 The feedback received was that the programme was very well done and very much needed. The midwives did a fantastic job!

Well done to each and every person that helped with the preparations of this day, hopefully the first of many to come.