Last weekend, Tony and I were invited to go to the Pink Cricket at the Wanderers.  Every year, one of the T50 games raises funds for a breast cancer project. Over the last few years, the money has gone to  Pink Drive.  This year, the money went to Charlotte Maxeke Hospital in Johannesburg with a third being apportioned to research and out reach programmes.  The Breast Course for Nurses is one of the outreach programmes run from Charlotte Maxeke Hospital.


South Africa have done badly against the Indian team in the ODI series.  I don't know enough about cricket to know whether the Indians have been brilliant or RSA poor.  Virat Kholi has repeatedly shown why he is known as one of the best batters in the world. (He is the only batsman to currently hold an average of >50 in all 3 forms of the game).  It was a privilege to watch him bat.  South Africa, however, found a renewed energy.  The new members of the team had a chance to shine.  Ngiti with the ball, Klaasen and Phehlukwayo with the bat.  It was the only ODI that South Africa won. 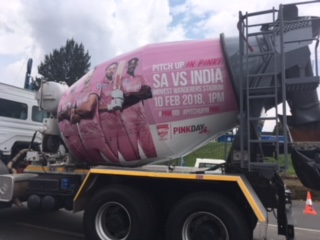 The real winner are the patients who will be treated at the improved breast unit at the Charlotte Maxeke Hospital.  Breast cancer requires a multidisciplinary approach and many members of the diagnostic and treatment teams were there.  Sarah Nietz (surgeon) has been the public face of the team at the hospital and gave an excellent speech at the event.  In total, over R1.6m was raised and will go to both structural and logistical problems in the unit. 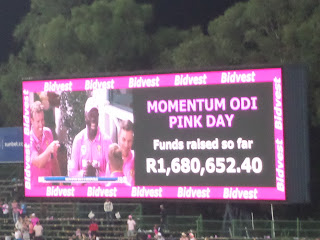 Thank you to cricket SA and all of you who gave so generously. 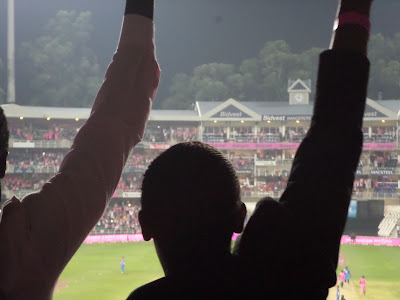