Yesterday, I spent 3 hours at Cape Town's Mount Nelson Hotel listening to Dr Weber on the subject of isolates, herbs and formulations in breast cancer care.  I am not a homeopath and have never attended a lecture on the subject before.  I found it fascinating. 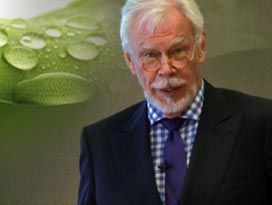 Dr Weber, the CEO of Panaxea, a company which "provides our practitioners with the most efficacious natural remedies available"  He is based in Australia and is a visiting professor at Tianjin
University.  His talk was based on the content of his book "Botanical Oncology:isolates" which was published in 2014.  He went through 220 slides and it would be an impossible task to even begin to summarise all the information presented. Nearly all the slides had a least one reference cited.

His talk was a mixture of traditional Chinese medicine, evidence based medicine and translational research. The different approaches were applied variously to different subtypes and stages of breast cancer.   I found it difficult to follow.  It is perhaps because I am not au fait with many of the concepts (eg phlegm which in traditional Chinese medicine apparently refers to interstitial fluid).  What bothered me was the lack of clinical outcome data.

When a drug is being developed, it has to go through at least 3 phases: 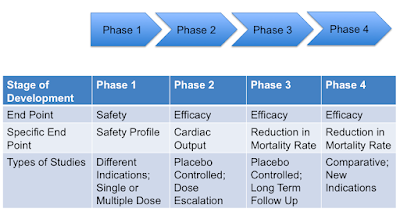 When a drug is being considered for use for cancer treatment, the oncologist wants to know whether or not the administration of the drug will lead to improved outcome (There has been a lot of criticism about the pharmaceutical companies.  Amongst other issues, they often do not publish the results when a drug is shown not to work and do not always take account of patient side effects).  Herbal products fall outside the current legislation omitting the need for outcome based studies, and controlled trials do not have to be conducted before they are marketed.

In a short three hours, an amazing number of products were discussed (I think, over 100) but survival data was given on only 90 patients: half of whom had received "herbs" or JLBSHJ formula.  All of the rest of the data was anecdotal.

Western medicine does not always get it right and there is an increasing demand from patients for Complementary and Alternative Medicine.  Dr Weber urged oncologists to engage in more dialogue with integrative oncologists.  I am encouraged by his commitment to "research and evidence based medicine" and am sure as the evidence for the usage of isolates, herbs and formulations in the management is produced, a more integrated approach will result.