Teenagers: who should be teaching who?

Last Friday, we went to the Cape Town Marinba Festival.  This is an annual event.  Cape Town school 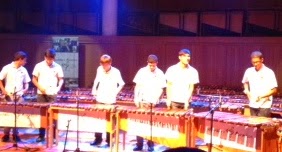 marimba bands get to play separately and then finish together at the Baxter theatre.  Maybe I am biased but in my opinion St George's Grammar School have an excellent marimba band.

Perhaps the most impressive though, was amaWolseley.  They are newly formed band comprising of children from disadvantaged backgrounds. They have picked up their skills quickly.  They were polished, vibrant and really got the audience going. 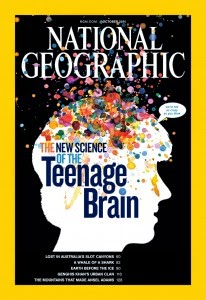 In October, 2011, the National Geographic carried an article about the teenage brain.  I quote from that issue, "In scientific terms, teenagers can be a pain in the ass. But they are quite possibly the most fully crucially adaptive human beings around"  They are at a "now" stage of their lives.

That must be so true for Stephen Sutton.  Stephen is a 19 year old from the UK who was diagnosed with bowel cancer aged 15.  Since then, he has had many operations and repeated cycles of radiotherapy and chemotherapy.  Rather than stay out of the public domain, he has decided that he should make a difference to the world before he dies.  He aimed to raise 10 000: he has now raised over £2.7 million for a teenage cancer charity.  On Tuesday, he posted what he thought would be his final facebook message and has since posted that he is a little better, has rallied somewhat and is able to eat and drink again.  A 10 minute you tube video summarises his story.

Living with teenagers is intense.  There is an overwhelming sense of immediacy governing everything.  I cannot imagine what it must be like having a son, whose days are limited, giving his time to ensuring he has made a difference to the world.

We think that we need to teach teenagers.  Maybe we should spend more time learning from them.