As I have spent the weekend recuperating from food poisoning (having spent Friday night at a well known Cape Town harbour fish restaurant), I have been watching more of the cricket than I normally would.  Being British born and living in South Africa means that I am enjoying seeing the Aussies 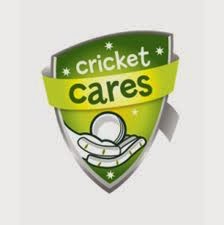 having a hard time.  However, I have to say "Well done" to the Aussie cricket board for their "Cricket cares" campaign.  The aim of the charity to get the cricket fraternity to give back to the community.

Their 2 main charities are the McGrath foundation and Movember.  Both are charities involved with cancer issues.

The Mc Grath foundation was set up after Jane McGrath, wife of Glen McGrath, was diagnosed with breast cancer.  Since its inception, it has raised $1.5 million dollars.  Much of that money goes into funding breast cancer nurses: nurses who help women navigate the diagnosis and treatment of breast cancer.  At the time the Breast Course for Nurses was being set up, I had correspondence with a number of breast cancer nurses organisations in Australia.  Although they have a more equitable heath system than we do, they have many rural clinic and so some challenges are similar to ours.

I am not up to date with what Cricket South Africa does for the community but would like to thank them for their pink cricket matches (the money goes to Pink Drive).  Whilst I am on the subject, I would like to publicly acknowledge the huge amount of work done by an unsung Cape Town hero,  Robin Jackman, (South African cricket commentator) who has helped raise an enormous amount of money for the Hospice foundation in RSA and lately for the Mercy ship.

Before I can go back to hoping the Aussies get totally humiliated, I have to add that the Mc Grath foundation claim that 89c of every $1 donated goes directly to their projects.  Well done to them.
Posted by jenny edge
Labels: Cricket Cares, McGrath foundation, Robin Jackman