My son is lucky enough to go to St George's Grammar School.  It is the oldest independent school in South Africa and prides itself on both it's academic achievements but also on it's community involvement. 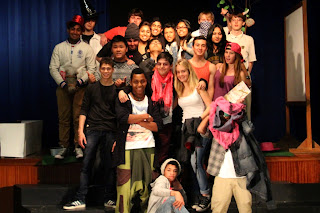 Last week, they had a civvies day and wanted to raise funds for a cancer support group.  My son asked me which organisation they should raise money for.  I gave the matter some thought and suggested PLWC: people living with cancer.  They support women with breast cancer but I had to ask my self why I had come up with PLWC and not a breast cancer specific group.

There are several reasons. Firstly, it is a local (Cape Town) based organisation.  I get quite irritated when I see money being raised locally that will be spent either in another province or internationally.  Secondly, it supports people with many different cancers.  It is, after all, November: prostate cancer awareness month.

During October, there were a couple of local schools who ran breast cancer awareness campaigns.  I am not aware of any doing a similar project for prostate cancer.  In the USA, there have been high profile cases of schools taking individuals to court for wearing bracelets considered inappropriate for 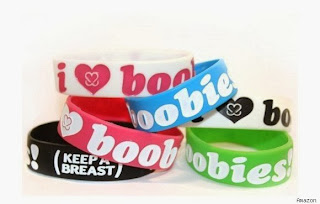 school girls.  In Cape Town, the campaigns have been a lot more appropriate.

Should school girls be taught about "breast health" whilst at school?  I would argue that it causes more anxiety than anything else about a disease which is not known to affect women until their late 20s.  If we accept that just as many parents will have had treatment for prostate cancer as for breast cancer, why don't schools do more in November to support prostate awareness month?

There are several reasons for this:
1. There are far more female teachers than male teachers so more of the school's community are likely to have been affected by breast cancer than prostate cancer
2. If a member of the school community (either mother or teacher) is having chemotherapy for breast cancer, the baldness is obvious: in males it is less so.
3. Women are more likely to be upfront about their illness than men.
4. Community initiatives are often lead by the girls in the class.
5. A staggering nearly 50% of South African school children have an absent father
6. In South African schools, November is exam month.

What do you feel about promoting breast awareness in schools?  Please comment on your thoughts or your experience.
Posted by jenny edge
Labels: boobie blacelets, school breast campaigns, st georges grammar school